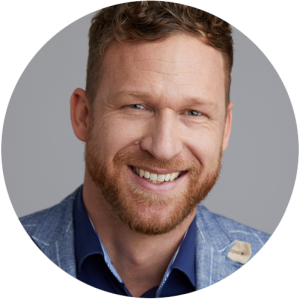 The Corona Pandemic has shown us all how quickly change can and must happen when, from one day to the next, we are all prohibited from making physical contact with each other or are restricted to a minimum and we have to switch to various digital channels. For the advertising industry – and especially the fundraising industry – this situation also brings with it immense opportunities. Because we knew even before the pandemic that classic donor target groups are getting older and that long-term growth can only happen online, as other industries are doing. If not now, then when – that’s the motto in fundraising. In my first blog article for Corvis, I explain why now is the right time to take data-driven social media fundraising seriously as a channel for acquiring new donors.

Prejudice within the industry: digital fundraising doesn’t work on a large scale

During my almost two and a half years as Marketing and Communications Manager at the headquarters of one of the best-known Austrian NGOs, I couldn’t avoid the following topic: many marketing and fundraising colleagues in the domestic but also in the European industry were of the opinion that the well-known digital advertising channels do not offer any serious opportunities to fundraise on a larger scale and to recoup their advertising expenses. The general scheme: “the large donation revenues are made with direct mailings and the other established offline advertising activities and that will remain the case”. For me, the thesis was very difficult to understand, since the introduction of the smartphone I have always generated national and international sales with digital advertising channels and also learned in exchange with fundraising and marketing colleagues from abroad (especially Great Britain) that digital fundraising has already become a serious channel.

But afterwards it became clear to me: the former industry colleagues find it so difficult to start seriously because there are few best-practice cases or little data to prove that it works very well. In addition, no new advertising channel will work without a serious willingness to invest a budget, as every experienced marketer is well aware.

Admittedly, there is little available data in the field of digital fundraising for decision-makers in Austria to fall back on. Only recently, in summer 2020, the English agency “We Are Rally” published a report that England’s first (!) comprehensive benchmark study will be published in summer 2021 in which many large organizations such as Greenpeace, Amnesty International, British Red Cross and many more have agreed to attend. This means that even the UK fundraising community to this day has no valid data to compare against. The British agency is cooperating here with its American partner, the agency “M+R Strategies” which has been publishing its American benchmark study for 14 years. The Americans have been actively involved here for many years, exchanging information about the potential and growth opportunities through data comparisons. The M+R Strategies study of the year 2020 compares and analyzes over 100 “data points” (!!) from 200 (!) North American NGOs and thus offers very exciting insights into the US NGO industry with exciting metrics from the various digital fundraising channels.

In my opinion, Doctors Without Borders is playing a pioneering role in Austria, since the decision was made in 2019 to invest serious budget and time resources in digital fundraising. With three awards in the categories “Online Campaign of the Year”, “Spot of the Year” and “Innovation of the Year”, Doctors Without Borders was the big winner at the most important award ceremony in the Austrian fundraising industry, the Fundraising Award 2020.
Our team was able to implement the first integrated online fundraising campaign for the Doctors Without Borders team in 2019. “First, online communication was rebuilt with a focus on emotional, highly interactive social media ads as part of a full-funnel strategy,” Markus Siuda , CEO of Corvis remembers. “Then we increased awareness and engagement with organic Facebook posts and a series of videos. Finally, we led all interacting users with different, informative ad creatives to a specially developed donation page. Retargeting and ongoing campaign optimization ultimately led to new contacts who were successively converted to online donors. The newly won donors were eventually turned into recurring donors through targeted e-mail marketing.” This sophisticated strategy was crowned with success. In this way, not only could new and younger target groups be developed, but the number of new and long-term donors also doubled in the comparative period.

Understand the digital donor journey as a funnel

As can be seen in the graphic, you have to understand the Donor Journey as an upward open funnel (= funnel), where new prospects are constantly addressed in order to accompany them along the funnel in your individual journey to the end of the funnel (= full funnel fundraising).

One of the decisive levers is not to encourage users to donate too early, but to slowly but steadily “warm up” the user with some interaction points for the ultimate goal of donations. Because only about 4% of all users are willing to donate immediately (see graphic below).

Specifically, the following three phases are distinguished in the funnel: in the Top of Funnel you address 60% of users who themselves believe that they are not interested. In the Middle of Funnel, another 36% of users are addressed who are open to an address. These two user groups must first be inspired in the Top of Funnel with emotional advertisements about their own mission and then informed in the Middle of Funnel that the mission is dependent on donations (see graphic below). Only then should users be convinced to donate with the help of concrete offers.

Since funnel fundraising via social media ads is push marketing where we inspire user groups for topics that they are not currently looking for, there is great potential for constantly addressing new target groups in the top of the funnel in a data-driven manner.

In order for the donor journey to perform well, all stages of the fundraising funnel are optimized. Here, social media channels such as Facebook, Instagram, Linkedin, Snapchat, TikTok, etc. offer highly developed algorithms whose functions must be known inside out. Through a combination of smart and ongoing campaign optimization by experienced campaign managers and trust in the algorithm, a fundraising funnel is developed that constantly generates new donors from prospects. As a rule, new ads are used here, which are tested. Above all, it is important that relevant hooks are tested that lead to users stopping with their thumb on their smartphone and interacting with the ad. Interesting content has to be played out again and again so that contact with new prospects remains “warm” and ultimately attractive donation offers are needed so that potential donors can identify added value for themselves in order to donate directly online.

Facebook/Instagram has an advantage over Google Ads in online fundraising

The claim that you can generate more sales in the Google universe than in social media is simply wrong. During my time in the Austrian NGO industry, I often heard that “the only channel that makes sense – if at all – has to be Google Ads”. But the fact is that the algorithms of both internet giants Facebook and Google are similarly smart and there is a different marketing approach for both (Google Ads = Pull Marketing, Facebook & Instagram Ads = Push Marketing). My clear recommendation for the NGO industry here is Facebook & Instagram, for the following four reasons:

What are the requirements?

In our experience, the most important requirement to start with is to create awareness in your organization that data-driven full funnel fundraising with social media ads is a serious channel. If this requirement is met, you should be open to breaking new ground with your content strategy in social media. Where, if not on Facebook, Instagram and Co., can new approaches be tested so efficiently? Furthermore, when planning your media expenses, you should allow for flexible additional postings during the year, since short-term potential in performance can arise at any time. Finally, you need a good self-assessment of what your own team can do internally and where you prefer to get expert knowledge from outside.

If you would like to know more at this point, I am at your disposal for a personal consultation in order to be able to address your individual challenges.

As Director Performance Marketing at Corvis, Andreas Eder advises clients on how to continuously increase their online performance for digital customer acquisition along the customer journey. With more than 12 years of experience in various marketing management functions, he has an excellent understanding of the needs of online users. After his marketing manager function at the “MODUL University”, Andreas was responsible for the entire eCommerce turnover in AT and DE as marketing manager at the experience platform “Jollydays”. Most recently, as Head of Marketing at the internationally active NGO “Rote Nasen Clowndoctors”, he supported and managed the marketing and fundraising teams in eleven countries in Europe and the Arab world in their online and brand presence.
Linkedin

You probably know the term Mise en Place from gastronomy. In properly run restaurants, this is an absolute matter of course and an integral part of the daily work.

Why Sales Copy is so important in performance marketing

How good are your copywriting? Find out now why you will not succeed without a good sales copy and what you should definitely pay attention to.

Why you should start advertising with TikTok today!

As an official TikTok Marketing Partner, we know TikTok advertising like the back of our hand and can now give businesses the same performance successes we’ve shown with other platforms.

No time for content? Here’s how you’ll still be relevant.

36 companies have scheduled a call in the last 30 days

We will get back to you within one business day to schedule a 15-30 minute strategy session. If it is easier for you, we can of course communicate by e-mail.